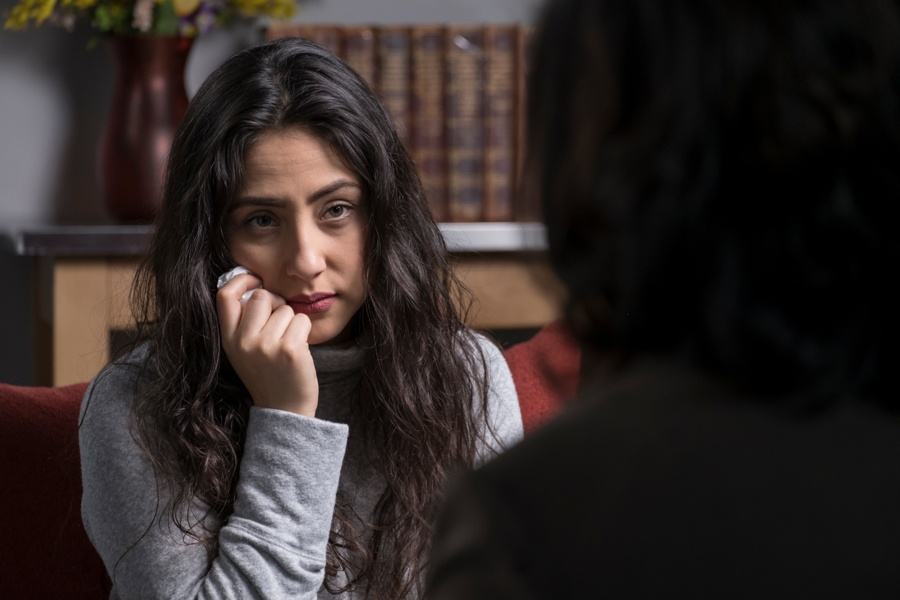 Adderall and Vyvanse are both central nervous system (CNS) stimulants that work to treat ADHD in people of all ages, however, Vyvanse is not approved for use by children under 6. Additionally, Adderall can be used to assist those suffering from narcolepsy whereas Vyvanse has been cleared for treating binge eating disorders in adults 18 years or older.

Both drugs have a Schedule II classification placed on them according to DEA regulations. Drugs listed with this categorization mean that they are at the highest level of control that can be prescribed by a doctor. This categorization reflects their high potential risk of physical dependency and the possibility of addiction if misused. Both Adderall and Vyvanse are known to work as prescribed when under the guidance of a medical professional. When they are taken off-label or without a prescription is when people engage in substance abuse and could become addicted.

The Differences Between Vyvanse and Adderall

While these substances are both very similar, they do have some differences. If you or a loved one is suffering from ADHD or any of the medical conditions that utilize Vyvanse or Adderall as a medication treatment method, you should discuss these differences with your doctor. Only your physician can determine which medication is ultimately best for you.

Side Effects of Adderall and Vyvanse 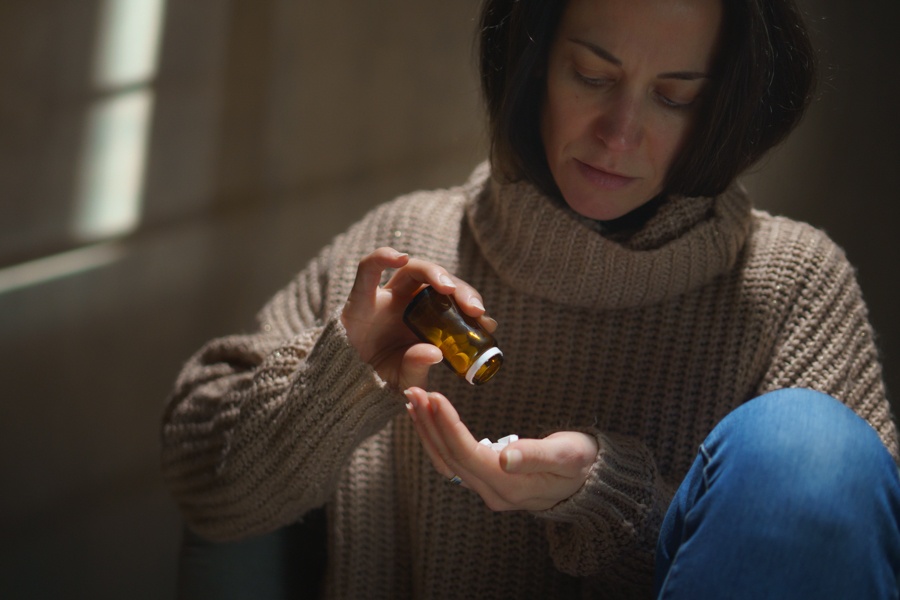 The side effects for both Adderall and Vyvanse include:

If you suffer from a heart condition, stimulants can be detrimental to your health. Those individuals that suffer from psychiatric disorders or seizures should avoid taking such medications as they could aggravate their already existing symptoms and cause blurred vision. Additionally, Vyvanse poses special additional risks for affecting sleep patterns due to the fact that it’s more effective for longer.

Vyvanse and Adderall Interactions and Risks

Adderall and Vyvanse can both interact with certain other medications or chemicals, including acidifying agents, alkalinizing agents, monoamine oxidase inhibitors (MOIs), and opioids.

Monoamine oxidase inhibitors (MOIs) are commonly referred to as antidepressants. When mixing antidepressants with Vyvanse or Adderall the combination can cause someone’s blood pressure to rise to dangerous levels. Mixing a stimulant with an opioid can create physiological and mental complications, including addiction.

Acidifying agents (like ascorbic acid or fruit juices) can lower the amount of drug that the body absorbs, while alkalinizing agents (like baking soda) can increase absorption.

Do Adderall and Vyvanse Cause the Same Results?

Adderall and Vyvanse are two medications commonly prescribed to treat ADHD. While they come from the same family of drugs (amphetamines), there is a significant difference between them. Adderall contains amphetamine salts directly while Vyvanse uses lisdexamfetamine as a “prodrug,” which gets converted into an active form in the body before it has any effects. This extra step makes its side effects less pronounced than those taking Adderall.

Both medications can still cause anxiety, sleeplessness, and digestive issues along with some other problems. It’s important to remember that these are powerful substances that can have very serious addictive properties if used improperly or without medical supervision.

Is Adderall or Vyvanse More Effective?

Adderall and Vyvanse have both been clinically shown to provide relief from disruptive symptoms associated with Attention Deficit Hyperactivity Disorder (ADHD). According to multiple studies in the Journal of Attention Disorders, Clinical Drug Investigation, and JAMA Psychiatry, Adderall was found significantly effective for problems such as attention issues, hyperactive behavior, impulsivity issues & aggression.

In a separate study published by Clinical Drug Investigations that compared Vyvanse against a placebo, both children and adults reported significant relief in treating their ADHD symptoms when taking it. When comparing how well these medications worked at preventing relapse of binge-eating disorder, only 3.7% of those using Vyvanse had a relapse – which is much lower than 32.1% who used placebos. It’s important to note, medication works differently for each person  so be sure you talk over all your options with your doctor before making any decisions regarding prescription medications.

Will My Doctor Likely Prescribe Vyvanse or Adderall for Me?

The decision of whether to prescribe Adderall or Vyvanse is based on the physician’s knowledge of the patient and the specific symptoms the physician is attempting to address. Side effect profiles of drugs are also often considered by physicians before making a choice on which medications are going to be prescribed to a patient.

Can I Drink Alcohol While Taking Vyvanse or Adderall?

No, you should not mix alcohol while taking Vyvanse or Adderall. Mixing alcohol with Adderall or Vyvanse can be a dangerous combination. Adderall may increase your heart rate and blood pressure to an unsafe level, potentially leading to stroke or other cardiac events. Alcohol mixed with Vyvanse can reduce the stimulant effects of medication while still causing intoxication. This can greatly increase the user’s risk for overdose.

Are Vyvanse and Adderall Addictive? 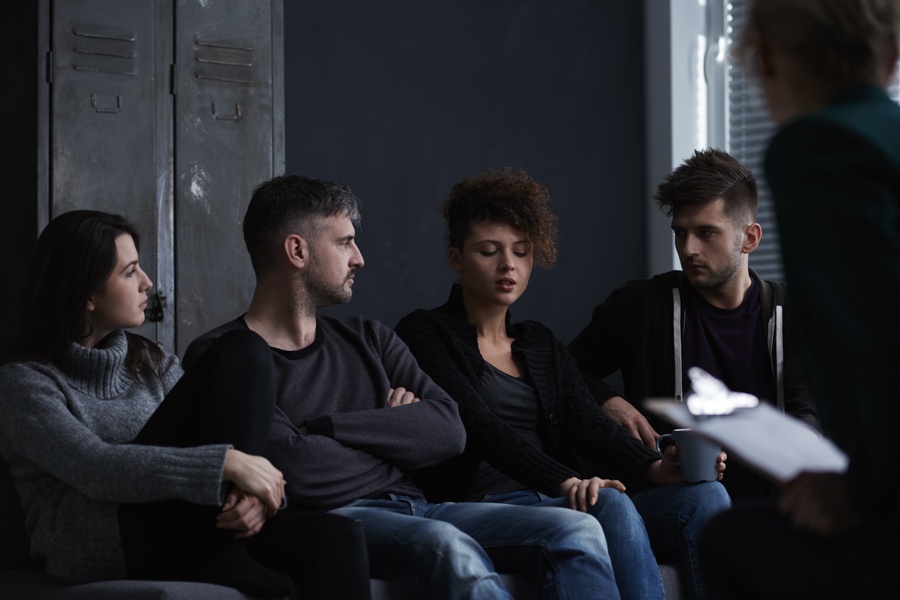 Many people misuse prescription drugs in an attempt to become more focused and alert whether it be for school, work, or other obligations. Unfortunately, this often leads to addiction as a result of taking the medication when not prescribed or taking more than prescribed. Quitting Vyvanse or Adderall abruptly after engaging in substance abuse can trigger drug withdrawal symptoms that may require professional help.

Find Recovery from Vyvanse or Adderall Addiction at Free by the Sea!

If you’re struggling with addiction to Vyvanse or Adderall, help is here! Free by the Sea’s addiction treatment specialists offer a wide range of proven therapies for anyone seeking sobriety. Our team will develop an individualized plan tailored specifically to your needs.

We offer group therapy meetings and a variety of specific programs that can fit your unique situation. At Free by the Sea we off inpatient and outpatient treatment programs. Contact us today to learn more about Free by the Sea!