Examining Drug Use by Race

Examining Drug Use by Race In every demographic group, the effects of drug use and drug abuse are felt. Addiction is a disease that is present in every racial group and at every socioeconomic level. However, it is important to note that drug abuse and the prevalence of substance use disorders differ across racial groups. This is not due to some innate or automatic reason but instead is largely due to external factors.

There are many reasons for the differences in drug use by race. These can include cultural factors, poverty, social and economic disadvantages, and historical trauma. All of these factors play a role in drug use and abuse, as people use substances to cope with the stress and pain that they are experiencing.

Before we discuss drug use by race, it’s important to understand what race is. Race is a social construct, not a biological one. This means that there is no scientific basis for race, but instead, it is a way that humans have divided up people based on physical characteristics.

However, even though race, technically, is not real, it still has very real effects on people’s lives. Racism is the belief that one race is superior to another, and it manifests in both individuals and institutions. Racism can impact people’s access to education, employment, housing, and health care, as well as their overall quality of life. Further, phenomena like racism can contribute to stress, which can lead to drug use as a way of coping.

Demographics in the United States

In the United States, there are many different groups of people who identify with different racial backgrounds. The five main racial categories used by the US Census Bureau are white, black or African American, American Indian and Alaska Native, Asian, and Native Hawaiian and Other Pacific Islander.

According to the U.S. Census Bureau, the demographic breakdown of the United States is as follows:

White Americans are people who have ancestry from Europe, the Middle East, or North Africa. According to one study by the National Survey on Drug Use and Health (NSDUH), in 2017, about 38.2% of young White adults aged 18 to 25 reported that they were current illicit drug users.

In terms of drug use by race, White Americans have the highest rates of drug use and abuse. This is likely due to a variety of factors, including socio-economic status, access to drugs, and cultural factors. 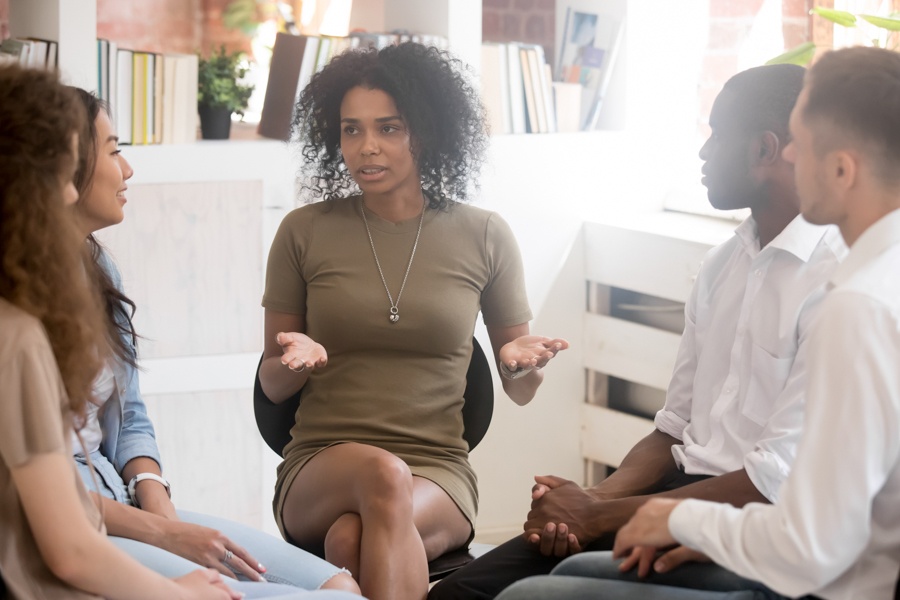 According to research by the National Survey on Drug Use and Health, the following statistics represent African American drug use in the U.S.: Hispanic Americans have the third highest rates of drug use and abuse. Factors that contribute to this include socioeconomic status, acculturation, and immigration stress. Immigrant stress is a result of the challenges immigrants face when moving to a new country. These challenges can include language barriers, discrimination, and homesickness.

According to research by the National Survey on Drug Use and Health, the following statistics represent Hispanic drug use in the U.S.:

Although drug use is lower among Asians, they are still at risk for drug abuse and addiction. There are a number of factors that contribute to this including cultural expectations, family pressure, and mental health issues.

Cultural expectations can play a role in whether or not an Asian American receives drug abuse treatment as drug use is often seen as taboo. This can make it difficult for Asians to seek help for drug abuse and addiction. Additionally, family pressure can be a factor as Asians often feel the need to meet the expectations of their families.

Mental health issues can also contribute to drug abuse and addiction among Asians. Mental health conditions like anxiety and depression are often left untreated which can lead to drug use as a way to cope. Native Americans have a high rate of drug abuse and addiction. In fact, they have the highest rate of drug-related deaths of any group in the United States. There are several factors that contribute to this including historical trauma, poverty, and mental health issues.

Poverty is another factor that contributes to drug abuse among Native Americans.  Poverty rates for Native Americans are much higher than the national average. This is due in part to the fact that many Native American reservations are located in remote areas with few job opportunities.

The Connection Between Racism and Drug Use by Race

These disparities exist because of the way that drug laws are enforced. For example, crack cocaine is typically associated with African Americans, while powder cocaine is associated with whites. However, the sentencing guidelines for possession of these drugs are vastly different, with much harsher penalties for crack cocaine. This has led to a situation where African Americans are more likely to be arrested and sentenced to prison for drug offenses, even though there is no difference in drug use by race.

The war on drugs has also had a disproportionate impact on communities of color. Drug enforcement policies have been shown to be more likely to target African Americans and Latinos. This has led to increased rates of incarceration for these groups, even though they are no more likely to use or sell drugs than whites.

Other Factors Affecting Drug Use by Race The cultural taboos around drug use also play a role in disparities by race. Substance abuse is often seen as a moral failing, and this is especially true for drugs that are associated with violence or addiction, like crack cocaine. This can make it harder for people of color to seek help for drug abuse, as they may be seen as criminals rather than victims.

There are also economic factors that contribute to drug use by race. Poverty and unemployment are both linked to increased drug use, and people of color are more likely to experience these conditions due to discrimination, lack of social program funding, or lack of access to education and good jobs.

All of these factors contribute to the cycle of drug abuse and addiction, making it harder for people of color to break free from the cycle. Drug use by race can be a controversial topic, but it is important to understand the role that race plays in drug abuse in order to better address the problem.

Drug Use and Mental Health

Research shows that up to 50% of people with substance abuse disorders also suffer from mental illness. This is known as comorbidity, and it complicates both drug use and addiction, as well as treatment. Considering the lack of access to mental health care, and the stigmas associated with drug use and mental illness, we see how these factors can contribute to the cycle of drug abuse and addiction, making it harder for people of color to break free from the cycle.

When serious mental health conditions go untreated, individuals may turn to substances as a way to self-medicate. This can lead to drug abuse and addiction, which can further contribute to the cycle of poverty and mental health issues that many people of color face.

Addiction Treatment with Free by the Sea

If you or someone you love is struggling with drug addiction, please reach out to us today. We can help you begin your journey to recovery.